Moving an email campaign past the average open rate 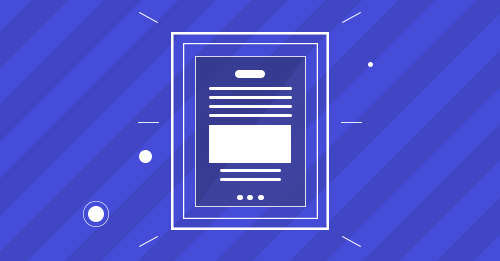 According to studies, the average open rate for email marketing in 2019 was 17.8%. You may think these annual figures will continually increase, but interestingly not all sectors grow year on year. Some, including the retail industry, experienced a lower email open rate in 2019 than they did the previous year. The rate for retail in 2018 was 14.98%, but this fell slightly to 13.9% in 2019. Non-profit organizations, government departments and educational organizations had higher open rates that were constantly improving. The fall in email open rates for some sectors can be explained in part by the fact that they are often part of the most competitive industries.

Why is the average open rate for email marketing so significant?

Open rates are amongst the key metrics to monitor when running a campaign, or even checking the progress of a weekly newsletter. This isn’t simply to find out whether you’ve managed to meet the global average, it’s also to ensure that people on your list are actually opening the emails you send. The exact figures are usually available from any good email provider, as many calculate open rates automatically. Alternatively, there is a simple way of establishing the rate yourself. Start by dividing the number of opens by the number of emails you’ve sent out. Next, minus the bounce figure and you have the average open rate.

What is the average open rate for email marketing in my industry?

There is no single open rate score that every business should aspire to, because each industry is different. It’s worth bearing in mind that even industries with the highest open rates, such as child care and animal services remain under 30%. To find out more about the open rates for your industry, take a look at the statistics provided by email marketing companies such as Mailify. Many businesses mistakenly believe that their open rates are low compared to those of their competitors, but as long as yours are in the same general area there’s no cause for concern. On the other hand, if you discover that you don’t measure up as well as you’d hoped, just put in place reasonable targets for increasing your average open rate.

Whether you are promoting a product, informing your subscribers or making an important announcement, average open rates on email campaigns are hugely significant. If you decide that your email open rate could do with a boost, there are practical steps you can take to get more people reading your messages.

Sending every email to every person on your list is a particularly ineffective way of reaching out. To be in with a better chance of getting them opened, divide up your subscribers based on the data you have, be it their location, buying history or personal interests. By sending people news they care about, you have a much higher chance of engaging them.

Ensure your subscribers are qualified

It makes no sense to build an email list that contains anyone who’ll give you their details. Instead, try to attract people who are interested in what you have to offer, then tailor your deals, samples and offers to include what they want. Think quality, not quantity, fewer subscribers who care are worth more than numerous low-quality leads.

Your average open rate will decline if there are a high proportion of inactive subscribers on your list. It’s safe to say that after six months of zero engagement people need to either be won back or removed. Try sending a re-engagement email at this time and then move them onto a different list, or unsubscribe them altogether if you get no response.

Readers who don’t recognize an email address are far less likely to open up the message, so use the ‘From’ field to let them know it’s you. Also avoid using too many exclamation marks or capital letters to emphasize your point, as this attracts the attention of spam filters and will actively lower your average newsletter open rate.

However hard you work, no business, new or established, can expect 50% average open rates on email campaigns involving very high numbers of subscribers. Instead, concentrate on small attainable goals that you are more likely to achieve.

Identify what your subscribers want more of

It’s almost always the case that each email you send off has a different open rate, therefore you’ll need to focus on the variables. When a single email has an open rate of 20% compared to an average of 15%, it makes sense to figure out why it did so well. Was it the subject, a special offer or the promise of more information on a certain topic that made it so successful? In a similar vein, there will be some emails that only have a 10% open rate and it’s just as important to learn more about why they had so little impact. This helps you avoid making a similar mistake in future.

Look at the past month but also the past few quarters to see what kind of trends are emerging. Rather than glancing through it’s best to take notes, or ideally input the data onto a spreadsheet so you can produce visual aids like graphs or charts. Once you pinpoint a pattern, you’ve struck gold. It may be that your open rates increase when emails are sent after 3pm, at the weekend, or over holiday periods. Whatever you discover, act on the information to enjoy consistent levels of improvement.